Set off on safari in Hluhluwe Game Reserve

Call us
Live chat Email us

Loop your way around the highlights of South Africa’s KwaZulu-Natal province, a region rich in history and natural wonders.

Starting with the galleries and museum of Pietermaritzburg, you’ll move on to the rugged peaks of the Drakensberg and explore the Zulu Battlefields of Ladysmith. After looking for wildlife on safari in Hluhluwe Game Reserve, you’ll finish up on the peaceful beaches just outside Durban.

Some of the highlights included are:

Not what you're looking for? Use our Inspiration tool to find the holiday you want.

Fly from UK to Pietermaritzburg

Touch down in Durban and head for Pietermaritzburg, KwaZulu-Natal’s lively and historic capital. Check out the various museums and galleries, including the KwaZulu-Natal National Botanical Garden, and the enormous City Hall in the Central Business District, which is the largest red brick building in the Southern Hemisphere. For a fun day trip try Pietermaritzburg Worlds View, a forest-side observation point with panoramic views over the city and plenty of walking trails.

Grab your hiking boots and explore the dramatic mountains of The Drakensberg, a sweeping landscape that divides South Africa and Lesotho. The Drakensberg is in a league of its own when it comes to rugged beauty. Step inside the Royal Natal National Park’s famous natural amphitheatre, take in the magnificent Doreen Falls in the Didima Valley and walk across the Drakensberg Suspension Bridge in the Lost Valley.

Perched on the banks of South Africa’s Klip River, the city of Ladysmith is a fusion of South African and British history. Tour the region’s historic battlefields and uncover tales of the Second Boer War, with characters including a young war correspondent named Winston Churchill and a stretcher-bearer called Mahatma Ghandi. Be sure to check out the tribute to the Ladysmith Black Mambazo singers at the Emnambithi Cultural Centre and pay a visit to the Ladysmith Siege Museum, originally used to store rations during the Siege of Ladysmith.

Set your alarm for an early morning safari in Hluhluwe Game Reserve, part of the Hluhluwe–Imfolozi Park, for your best chance of spotting elephant, rhinoceros, buffalo, lion and zebra, otherwise known as the Big Five. Established in 1895, Hluhluwe–Imfolozi Park is the oldest nature reserve in Africa with an incredibly diverse range of wildlife, including over 1,600 rhinos, all bred as part of a successful conservation project. Track them on foot, tour the Endangered Wild Cats Project or get closer to the flora and fauna on a walking safari.

Return to Durban for a couple of days relaxing by the sea. You’ll stay in the Zimbali region, just outside the city. This isn’t called the Dolphin Coast for nothing – look out for large pods of bottlenose dolphins splashing in the waves or have a go at scuba diving in the clear waters. There are golf courses and beaches aplenty, so if you want to simply chill and do nothing on the soft sands, we’re not stopping you!

Depart Durban and return to the UK

price from £2869pp for travel up to 11 months in advance
This journey can be tailor-made by our experts to suit your plan or budget.

Why you can trust us

Round the World Experts offer superior travel experiences, have a global team,
and over 40 years of experience as part of the Flight Centre Travel Group.

Why book with us?
Contact Round the World Experts

We'd be delighted to discuss you holiday ideas with you

Calls are free of charge.

Our team of Travel Experts are ready to create an itinerary tailored specifically for you, all with an eye on your budget.

Our Travel Experts are ready to answer your questions. Simply enter your details to launch our easy-to-use chat service and a consultant will instantly respond.

Call us to pre-book an appointment to discuss your holiday plans over a cup of coffee with a Travel Expert who specialises in your chosen destinations. Please choose a location: 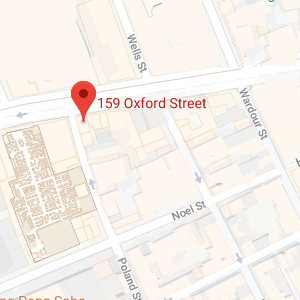 Visit us in London 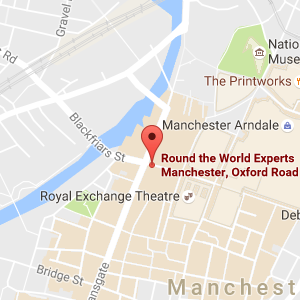 To book an appointment, please call us on:

To book an appointment, please call us on

Round the World Experts - Manchester